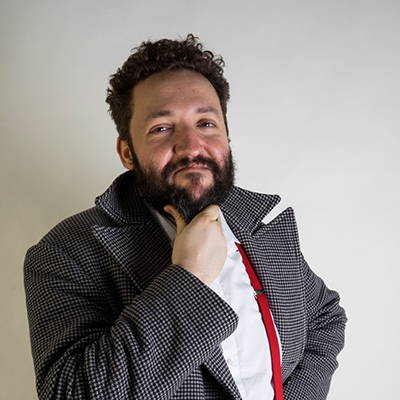 Bogdan Lucaciu has been an entrepreneur for his entire adult life, a journey that started back in 2003 at System & Network Solutions (SNS), a company specialized in programming and system/network administration.

Five years later, Bogdan started a software development company, Sinapticode, as an SNS spin-off. In 2013, he merged Sinapticode into Adore.me, a company that challenges the status-quo of the lingerie market. He initially acted as a technology advisor for it, but things evolved and he merged his engineering team and joined as Adore.me’s CTO.

Bogdan is currently in charge of a tech team of 70+ people, striving to achieve a democratic way of working. He’s “into org design, engagement, open-source, building disruptive products, and shipping awesome software”.

He’s also mentoring a team of teens at Made by Teens incubator. Previously, he was also a mentor at MVP Academy and SeedCamp (Prague and Dublin).

Meet Bogdan Lucaciu at How to Web!