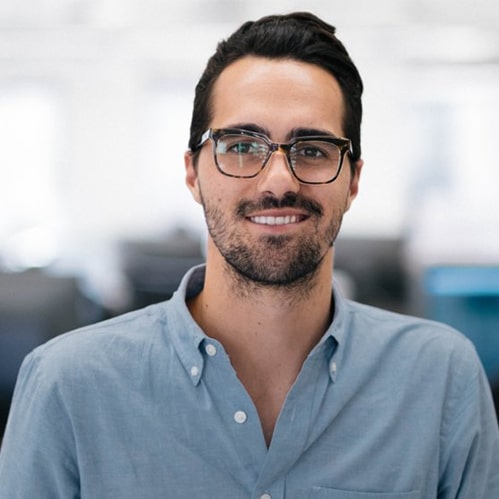 Michael Perry is Director of Product, Marketing Technology at Shopify. In his role, he specializes on product development for SMBs as it relates to tools that would simplify marketing.

As an entrepreneur himself, Perry founded Kit, the virtual employee app for small businesses, which was acquired by Shopify in 2016.

Previously, Michael founded GVING, which helps small businesses manage, reward and engage consumers through a merchant CRM system. Michael has been recognized as Forbes top 30 under 30 in Marketing and Inc Magazines top 10 influencers in the Chatbot space.

Founded in 2004, Shopify is an e-commerce company with more than 600,000 merchants across around 175 countries, Merchants can use the software to design, set up, and manage their stores across multiple sales channels, including web, mobile, social media, marketplaces, brick-and-mortar locations, and pop-up shops. Shopify is listed on NYSE and has a 35bln market capitalisation.

Shopify rode the wave of the retail industry’s transition to digital commerce and mobile platforms. The continuous development in its space means the company cannot rely on short-term vision and has to focus on building out a R&D culture that provides the tools and processes for innovation, resulting in one of the best known product-focused companies world-wide.